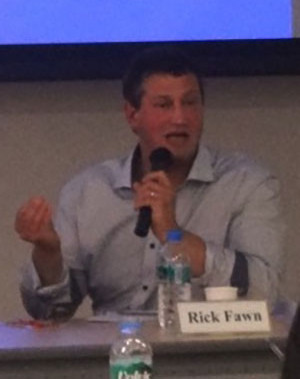 Professor Rick Fawn is a specialist on international security, with a geographic concentration on the former communist space. He has conducted research in and published on Central Europe, the Balkans, Russia, the Caucasus and Central Asia. He has also made numerous invited briefings and contributions to governments, NGOs and media, and given many papers and invited lectures and keynote addresses in the UK and overseas.

He was also the St Andrews lead and steering committee member of the 8-University £4,700,000 ESRC/AHRC-funded Centre of Excellence called the Centre for Russian and Central and East European Studies (CRCEES).

Interests over norms in western policy towards the Caucasus: How Abkhazia is no one's Kosovo 2001 European Security

Encouraging the Incorrigible? Russia's Relations with the West over Chechnya 2002 Journal of Communist Studies and Transition Politics

Russia's reluctant retreat from the Caucasus: Abkhazia, Georgia and the US after 11 September 2001 2002 European Security

The difficulties of knowing the start of war in the information age: Russia, Georgia and the War over South Ossetia, August 2012 European Security