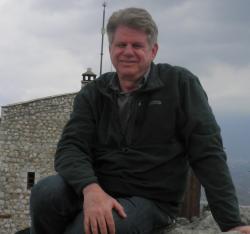 Dr. Bishku has published numerous articles on modern Middle Eastern diplomatic history and politics, especially regarding Turkey, Israel, and the Caucasus in such journals as Middle Eastern Studies, Middle East Policy (formerly known as American-Arab Affairs), Mediterranean Quarterly, Journal of South Asian and Middle Eastern Studies, Journal of Muslim Minority Affairs, Maghreb Review, Studies in Contemporary Islam, Israel Affairs, Studies in Zionism, International History Review, Journal of Third World Studies, Journal of Newspaper and Periodical History, Conflict Quarterly, and Journal of Development Alternatives and Area Studies. Also, he has been a contributor to The Oxford Dictionary of Islam (2003), The Islamic World: Past and Present(Oxford University Press, 2004), Encyclopedia of the Modern World (Oxford University Press, 2008), Encyclopedia of the Israeli-Palestinian Conflict (Lynne Rienner Publishers, 2009), Islamic Attitudes to Israel (Routledge, 2008), and The Evolution of Kurdish Nationalism (Mazda Publishers, 2007). Dr. Bishku is the former president of both the American Council for the Study of Islamic Societies (2005-2006) and the Association of Third World Studies (1995-1996) and was a Fulbright Scholar in Turkey, Pakistan, Uzbekistan, Morocco and Tunisia. He taught Modern Middle Eastern History at Bosphorus University in Istanbul, Turkey in 2004. Dr. Bishku is currently on the Advisory Board of Oxford Bibliographies Online for Islamic Studies and is working on a book Crossroads of the Caucasus: A Modern History of Armenia, Azerbaijan and Georgia.

"Is It an Arab Spring or Business as Usual?: Recent Changes in the Arab World in Historical Context," Journal of Third World Studies 30:1 (Spring 2013)

"The Relations of the Central Asian Republics of Kazakhstan and Uzbekistan with Israel," Middle Eastern Studies48:6 (November 2012)

Turkey, ethnicity, and oil in the Caucasus 2001 Journal of Third World Studies

Is the South Caucasus region a part of the middle east? 2015 Journal of Third World Studies

The South Caucasus Republics: Relations with the U.S. and the EU 2015 Middle East Policy

The South Caucasus Republics and the Growing Influence of Russia: Balancing on a Tightrope 2011 Middle East Review of International Affairs

Israel and Armenia: So Near Experientially, But So Far Away Geopolitically? 2021 Journal of South Asian and Middle Eastern studies