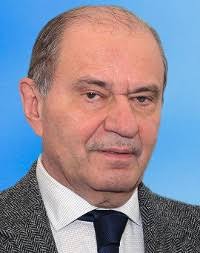 Alexey Dzermenovich Gvishiani is a full member of the Russian Academy of Sciences and the European Academy of Sciences (Academia Europaea), an expert in the field of mathematical geophysics, geomagnetism, seismic hazard study, geoinformatics and system analysis of geophysical data, author of 349 scientific papers, including 13 monographs and 7 author's certificates. He was awarded the Order of Friendship, Medal "In commemoration of the 850th anniversary of Moscow", Medal "50 Years of the Mongolian People's Revolution". He supervised two post-doctoral researchers and 14 PhD students.

The main scientific results of A. D. Gvishiani: stability theory of dynamic classifications for limited geological and geophysical imaging problems, new discrete methods of clustering and anomalous sections recognition in space and time series of observations, discrete mathematical approach to magnetic activity evaluation, algorithmic zoning system for recognizing the places of possible earthquakes, which allowed determining in advance the places of several destructive earthquakes in our country. He initiated an active development of the Russian segment of INTERMAGNET, the highest quality standard world magnetic observation system.

Under the direction of A. D. Gvishiani (since January 2005) GC RAS has become one of the international leaders in the field of geophysics and geoinformatics, having obtained scientific results of world significance. Today, more than a third of the staff of the Institute are young scientists under the age of 39.

A new approach to recognition of the strong earthquake-prone areas in the Caucasus 2013 Izvestiya, Physics of the Solid Earth

Formalized clustering and significant earthquake-prone areas in the Crimean Peninsula and Northwest Caucasus 2017 Izvestiya, Physics of the Solid Earth