On December 25th, 2020, the third online Meeting of the National Initiative Group of Georgia (NIG Georgia) took place. The meeting's primary purpose was to agree on cooperation mechanisms and joint systemic actions to strengthen collaboration between the academics and practitioners to eliminate existing problems for sustainable development of mountainous regions, including effective management of natural disasters and climate change adaptation.
The meeting was attended by the representatives of the scientific, non-governmental, as well as private sectors and moderated by NIG Georgia co-chair Joseph Salukvadze (academia representative from the Tbilisi State University).

The work carried out by the National Initiative Group in advocacy and cooperation after the second meeting of the NIG Georgia, including in Armenia and Azerbaijan has been reported. Special focus was made on the joint comments made on Nationally Determined Contribution (NDC) document by the NIG Georgia, and its follow-up.
The feedback on the Policy Brief "Deficiencies in the Institutional Assessment of Multilateral Risks of Natural Disasters in Georgia" by the governmental agencies and universities was also presented and actively discussed. The participants discussed the next steps and methods of advocacy of the position reflected in the Policy Brief.
Nino Chkhobadze, a member of NIG Georgia, initiated the new Policy Brief's idea related to pasture management. The presentation covered the main findings and "messages" of the Policy Brief.
The meeting attendants decided to continue advocating for the improvement of DRM in Georgia and issuing the new policy brief jointly.
The meeting was held in the framework of the project "Strengthening the Climate Adaptation Capacities in the South Caucasus" (SCAC) funded by the Swiss Agency for Development and Cooperation (SDC). 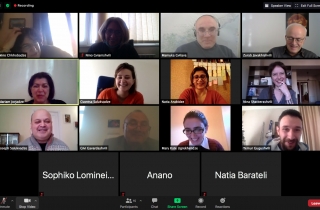 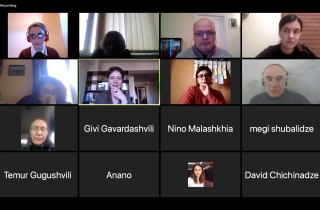 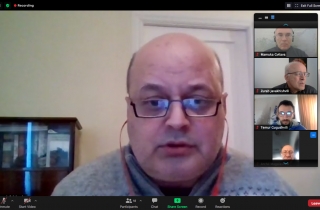 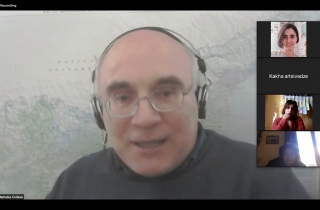 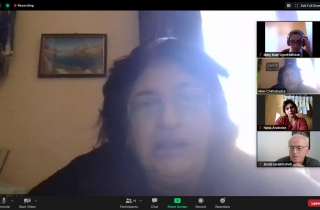