On September 16, 2020, the second meeting of the National Initiative Group of Armenia (NIG Armenia) took place online bringing together the scientists and practitioners interested in planning, development, and strengthening national as well as regional dialogue.

The meeting aimed to discuss and adopt NIG Armenia's future steps suggested in the draft activity plan document developed and presented by Co-Chair and the moderator of the meeting Hayk Igityan. Representing priority topic Socio-Economic Development and Planning selected within the 1st NIG Armenia meeting, the document offers on-ground research and application of the Ecosystem Approach (EA) and thus Ecosystem-based Adaptation (EbA) in the process of Climate Change induced Disaster Risk Assessment and Management within river basin (watershed) ecosystems. The aforementioned pilot activities are expected to be applied at the community level with the active involvement of diverse stakeholders and therefore contributing to the socio-economic development of the local populations.

Within the second session, the NIG Armenia Co-Chair Aram Gabrielyan additionally highlighted the possible challenges that the actual process of applying Ecosystem-based Adaptation in Disaster Risk Management could face in Armenia. Furthermore, NIG Armenia members discussed the possibilities of implementing cross-cutting actions planned in line with commitments emphasized by international agreements like the UN Convention on Biological Diversity (CBD), United Nations Framework Convention on Climate Change (UNFCCC), and Paris Agreement which are undertaken by the Government of the Republic of Armenia.

The meeting was held in the framework of the project Strengthening the Climate Adaptation Capacities in the South Caucasus" (SCAC) funded by the Swiss Agency for Development and Cooperation (SDC). 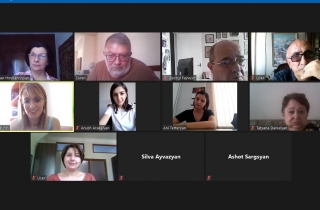 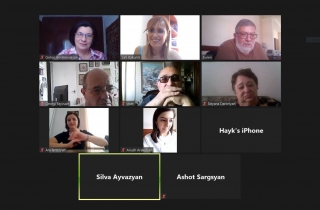 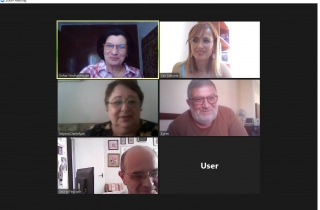