On June 30th, 2020 the second online Meeting of National Initiative  Group of Georgia (NIG  Georgia)  took place. The main purpose of the meeting was to agree on cooperation mechanisms and joint systemic actions to strengthen collaboration between the academic sector and practitioners to eliminate existing problems for sustainable development of mountainous regions, including effective management of natural disasters and climate change adaptation.

The meeting was held in four sessions and was attended by the representatives of the scientific, non-governmental and private sectors. Joseph Salukvadze (academia representative from the Ivane Javakhishvili Tbilisi State University) and Giorgi Gotsiridze (practitioner representative from GeoGraphic) as the first co-chairs of the NIG Georgia, Sustainable Caucasus executive director Nina Shatberashvili and Mary Kate Ugrekhelidze Sustainable Caucasus Programme Associate moderated the meeting.

At the first session, moderators of the meeting presented the main work and activities carried out in terms of advocacy and cooperation after the establishment of the National Initiative Group (first meeting - 18.12.2019), including in Armenia and Azerbaijan.

The second session was devoted to the discussions of the mechanisms of advocacy described in the approved guide and the possibilities of their practical application, such as e.g. preparation of joint statements and policy briefs on various priority topics, exchange of information, etc. Participants discussed the level of success of these mechanisms and ways to improve them.

In the framework of this session, as an example, was presented the policy brief developed by the Sustainable Caucasus "Deficiencies in the Institutional Assessment of Multilateral Risks of Natural Disasters in Georgia".  The members of the initiative group were given the opportunity to present their opinions and comments on the document.

The third session focused on the mechanisms of cooperation and advocacy with government agencies.  For example,  the possible use of such mechanisms for cooperation with the Parliament of Georgia as the  registration of a representative of the initiative group "Lobbyist" in the Parliament, granting additional rights and responsibilities to various working groups and members of the Scientific Advisory Group and about the methods how to develop and submit project proposals reflecting the joint position.

At the final session was presented and discussed issues related to various proposals suggested by the members of the initiative group to strengthen cooperation and advocacy.

The meeting was held in the framework of the project “Strengthening the Climate Adaptation Capacities in the South Caucasus” (SCAC) funded by the Swiss Agency for Development and Cooperation (SDC). 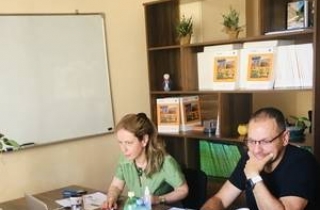 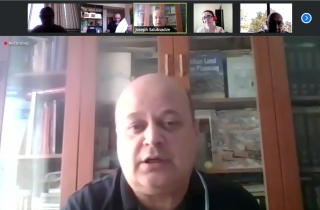 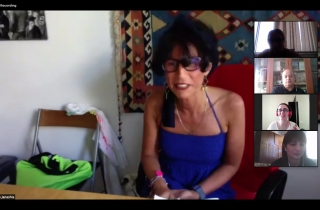 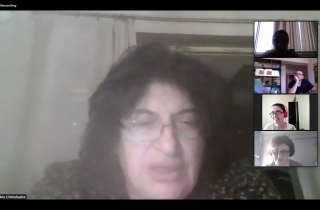 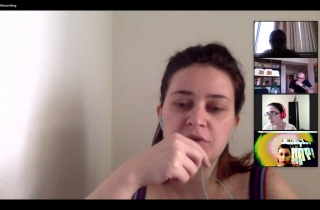 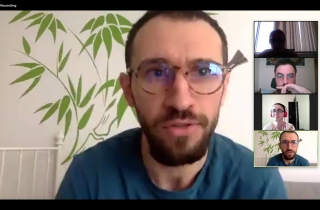 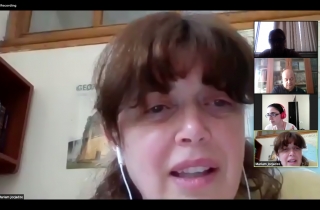 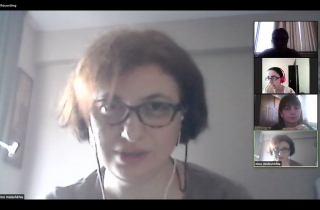