On February 24th, 2020 meeting on Development and Planning of Regional Dialogue and Cooperation took place in Armenia, bringing together the scientists and practitioners.
Meeting participants were  introduced to the project “Strengthening the Climate Adaptation Capacities in the South Caucasus (SCAC)” and its main components, as well as activities undertaken such as results of the second Caucasus Mountain Forum (CMF 2019) and the Caucasus Regional Research Agenda (C-RRA), Preliminary Assessment of the Situation of Higher Education and Risk Mapping in DRM and Higher Education in Disaster Risk Reduction. The audience, mainly including potential National Initiative Group (NIG) Armenia members, was provided with the presentations about Advocacy Roadmap and the  Caucasus Regional Research Agenda (C-RRA).
The second part of the meeting was devoted to the questions, discussions, and suggestions related to the aforementioned topics and mainly concerning Advocacy Roadmap, its approval and cooperation mechanisms such as: confirmation of willingness for cooperation, discussion and approval of topics for advocacy and cooperation and clarification of the cooperation tools and mechanisms in more detail.
At the end of the meeting, participants agreed on establishing the National Initiative Group in Armenia (NIG Armenia) responsible for the advocacy of the science-policy interface strengthening and Caucasus Regional Agenda (C-RRA) promotion.

The meeting was held in terms of the Project “Strengthening the Climate Adaptation Capacities in the South Caucasus”  (SCAC) with financial support from the Swiss Co-operation Office-South Caucasus funded by the Swiss Agency for Development and Cooperation (SDC). 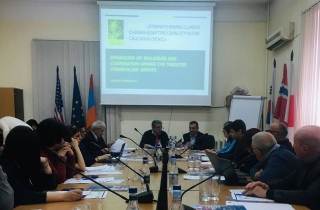 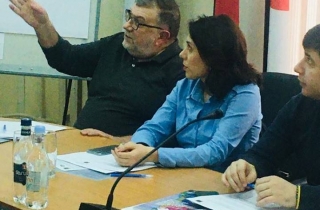 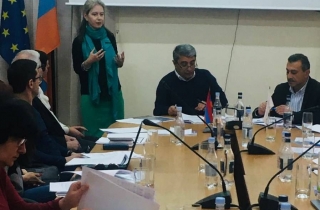 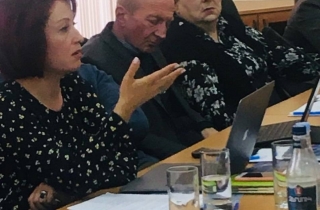 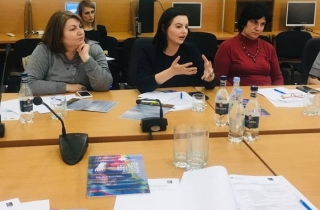 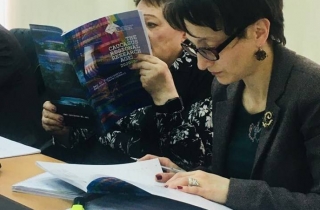