On February 5th, at the Institute of Geography Academy of Science, the first meeting of the National Initiative Group of Azerbaijan (NIG Azerbaijan) on Development and Planning of Regional Dialogue and Cooperation took place, bringing together the scientists and practitioners.

The Initiative Group in Azerbaijan is responsible the advocacy of the science-policy interface strengthening and the Caucasus Regional Research Agenda (C-RRA) promotion.

During the meeting results of the second Caucasus Mountain Forum (CMF) were presented together with the the Caucasus Regional Research Agenda (C-RRA) approved during the CMF 2019 as well as the background of the C-RRA elaboration. NIG Azerbaijan members also got familiar with elaborated by Sustainable Caucasus.

National Initiative Group members made their suggestions for enhancing the cooperation and dialogue between academia and practitioner as well as academia and decision makers.

Members of the National Initiative Group voted for the first NIG co-chairs for the following two years: Ramiz Mammadov (Director of Geography Institute Academy of Science of Azerbaijan (ASAR), acting member of ASAR) and Shamil Huseynov (member of the Department of Ecology of the Parliament of the he Azerbaijan Republic). The following priority topics were also selected by NIG  Azerbaijan for further enforcement: (i) Biodiversity and (ii) Natural hazards and risks.

The meeting was held in terms of the Project “Strengthening the Climate Adaptation Capacities in the South Caucasus” (SCAC) with financial support from the Swiss Co-operation Office-South Caucasus funded by Swiss Agency for Development and Cooperation (SDC). 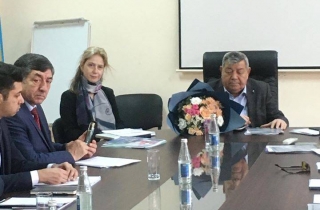 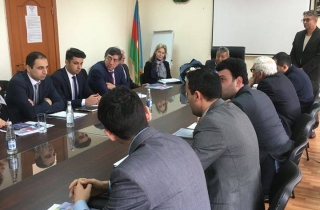 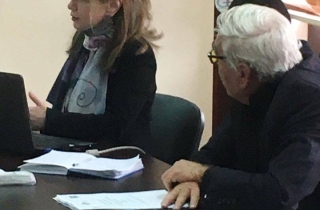 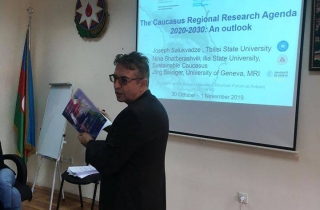 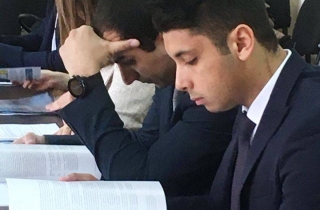